Well, as I come to my final post in my “5 Life Lessons Series,” I felt as if it was a no-brainer to feature this game series as the focus of this post. There are not too many game franchises out there that can boast that they appeal to multiple generations of gamers all the while continuing to come out with content that is new, creative, and fun. Nintendo really hit a home run by joining with the fledgling game development company Game Freak in the early 90’s to release a duo of Gameboy titles that would eventually spark a revolution in the gaming experience. I am, of course, referring to the original “Pocket Monsters,” Pokemon, and there is quite a bit that can be learned from this delightful series of games.

Lesson #1: We are all completionists at heart

If you were a kid in the 90’s, of which I was actually a teenager when this game came out, then you would be very familiar with the Pokemon catch phrase. You know you know it and love it…say it with me: “GOTTA CATCH’EM ALL!” It was this one phrase that pushed thousands upon thousands of kids to spend tireless hours in front of the monochromatic darkened screen of a Gameboy and seek to systematically catch all 150 of the original Pokemon. The funny thing is that the original title was broken up into two separate games, Pokemon Red and Pokemon Blue, both of which had different Pokemon available only on that particular game. So basically you could not “catch’em all” unless you had a friend with another Gameboy and the alternate version of the game. You would need to use a link cable to hook up to your friend’s Gameboy and trade those Pokemon that either of you had the ability to capture in your own game. 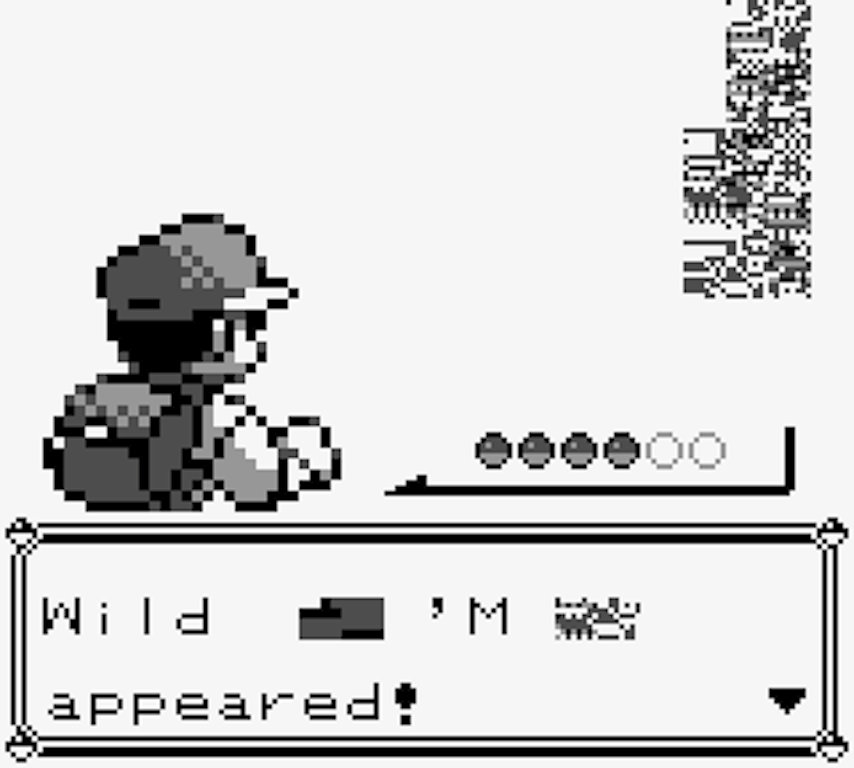 For those of you that remember the original gaming experience, you can remember that catching all of the Pokemon in the game was not just a status symbol, it was a claim to fame. It was around this time that the term “completionist” was coined, meaning someone who would go above and beyond the basic requirements of completing a game to attempting to capture and achieve everything that the game had to offer. For the Pokemon games, that meant capturing all 150 of the original creatures, not including that weird Missing No. glitch Pokemon that would break your game and erase your files.

I believe that, deep down inside, we are all completionists in one way or another. Many of us wish to complete a task or a desire, and accumulate as much success from those things as we possibly can. We “want to be the very best, like no one ever was,” in our careers, hobbies, and passions. The problem is we are aiming at the wrong things. It is good to be a completionist, but we must want to complete the right objectives and activities.

Colossians 3:23 says: 23 Whatever you do, work at it with all your heart, as working for the Lord, not for human masters, 24 since you know that you will receive an inheritance from the Lord as a reward. It is the Lord Christ you are serving.

Lesson #2: Never forget to go outside

Have you ever wondered why all of the core Pokemon games are exclusively on Nintendo’s handheld systems. Believe me, that was not an accident. The creators of Pokemon meant for the games to be epic adventures, and as such it was best for them to be played on the go. This adventure was not just something that could be taken with you to the outside world, it was also something that could be experienced within the content of the game itself. The main character of the Pokemon series is a young Pokemon trainer who leaves his home to embark on a quest to become the greatest Pokemon trainer in all of the land. Most of the Pokemon in that game can only be found in outdoor areas, so adventuring outside is also something that our “digital trainers” do as well.

A little over a year ago both of these experiences were married together to create a free mobile game called Pokemon, Go! This game took the world by storm as thousands upon thousands of young people took to the streets to achieve their lifelong goal of becoming an actual Pokemon trainer. People walked into traffic, fell over cliffs, and even trespassed onto other people’s property in order to catch their digital “pocket monsters.” For good or ill, Pokemon, Go! brought people outside in a brand new way.

As believers, we know that God created this world and everything in it. From the green grass to the rolling blue seas, God created all types of flora and fauna to give Him glory, and one of the ways that He is gloried is through our enjoyment of these things. As a gamer I know how easy it is to just hang around the house all day and not go outside at all, but there is a great big world out there that God has graced us with, and we should enjoy it to it’s fullest. Just like Pokemon, all of the good stuff can be found outdoors.

Lesson #3: You can repackage anything to make it kid friendly

The Pokemon series is a set of games that I have absolutely no problem letting my young children play. The innocent and cartoony aesthetic of the games make the series appear to be wholesome and harmless. The truth of the matter is that the games actually contain repackaged moral landmines that would be appalling to everyone if they were actually seen for what they are.

Think about it for a second. A young, twelve year old boy is allow by his mother to go out into the world unsupervised to forcibly capture dangerous creatures that would have no problem completely destroying the child. In order for our young trainer to do this, he must first pit one of his captured creatures against another in order to beat it into submission, thus allowing for the Pokemon to be captured and placed in a storage device that is no bigger than a tennis ball. On top of that, if the Pokemon is undesirable it will be broken down and transformed into food and items that can be consumed by the bigger, better Pokemon in your collection. Listen guys, that’s messed up.

King Solomon said that, “there is nothing new under the sun,” (Ecclesiastes 1:9), and Pokemon, as original as the game is, proves that all of the vices that we have enjoyed in the past can be repackaged to fit younger audiences. Not to worry, though, I’m sure that our kids aren’t going to become animal abusers or juvenile delinquents just because they throw a pokeball at a Growelith.

Lesson #4: People within the autism spectrum are capable of incredible things

I want to tell you about a man named Satoshi Tajiri. As a young boy growing up in a rural area of Japan, he would often be found outside brandishing a large silk net and hunting for bugs. Satoshi loved hunting for bugs, almost to the point that it had become an obsession for the boy. Other children didn’t understand him, and would often make fun of him by calling him Dr. Bug. His parents didn’t understand him either, seeing as he struggled at school and often received failing grades because he lacked the focus needed to excel. As Satoshi grew up, his love for catching bugs evolved into a love for arcade games. As a young man, Satoshi spent hours upon hours inside of arcades, studying the inner workings of the games and even helping with the repair of broken coin-op cabinets. He wrote for gaming magazines and even started his own video game production company called Game Freak. Many people had a hard time understanding his ambitions for creating a video game based off of bug hunting, and many people told him he was wasting his time. Satoshi’s ironclad desire to make the game happen regardless of what was said to him eventually brought about the creation of the Pokemon franchise.

Satoshi Tajiri, the man who created the wildly successful world of Pokemon, has autism. When he was growing up most people with the condition were never diagnosed, so most adults thought that he was simply lazy and misbehaving. His obsession with bug collecting was seen as a nuisance to most adults, and he was often chastised for talking about the activity as much as he did. Well, as the Scriptures say, we are “fearfully and wonderfully made,” (Psalm 139:14) and as such no human life can considered being a mistake or broken. It was because of Satoshi’s autism that he was able to come up with the idea of Pokemon, and stick with that idea after it was continuously thought to be a lost cause. As someone who has a son on the autism spectrum, this story shows me that autism is not a disease, but rather a gift from God that is given to some very lucky people who have the ability to see in ways that other “normal” people are incapable of comprehending.

Lesson #5: A great friendship can get you through the toughest situations

This final lesson can be taken more from the animated series than from the games, but it is one that is worth including on this list. Over the history movies and television there have been incredible duos who have defined what friendship is. From the Dukes of Hazard to Bill and Ted to K and J from Men in Black, great duos and friendship have defined what it means to take on problems as a team. If I could add another duo on the list of the “greats,” it would be the duo of Ash Catchem and everyone’s favorite electric rodent, Pikachu. This friendship between a trainer and his Pokemon has been the hallmark of the series for many, many years. In each new installment of the series, new and unique Pokemon are introduced, but the duo of Ash and Pikachu stays the same. All of this is because a true friendship is nearly impossible to break.

This friendship is one that is purely fictional, but the concepts of the friendship are all too real. Ash doesn’t treat Pikachu as a prize for be caught or lorded over, but rather he treats him with a mutual respect and understanding, thus strengthening the bond between the two. In real friendships, both parties have to be willing to learn and grow with each other, and even though Ash and Pikachu, much like the Simpsons, will never physically age, they continue to mature as individuals.

God gave us friendships to harden us and make us better people. It is just as it says in Proverbs 27:17 “as iron sharpens iron, so one person sharpens another.” When we argue or have conflicts, that creates the opportunities to compromise and learn. When we enjoy each others company, we grow in our friendship and enjoyment of each others unique personalities. Maybe we can learn a thing or two from Ash and Pikachu in that regard.