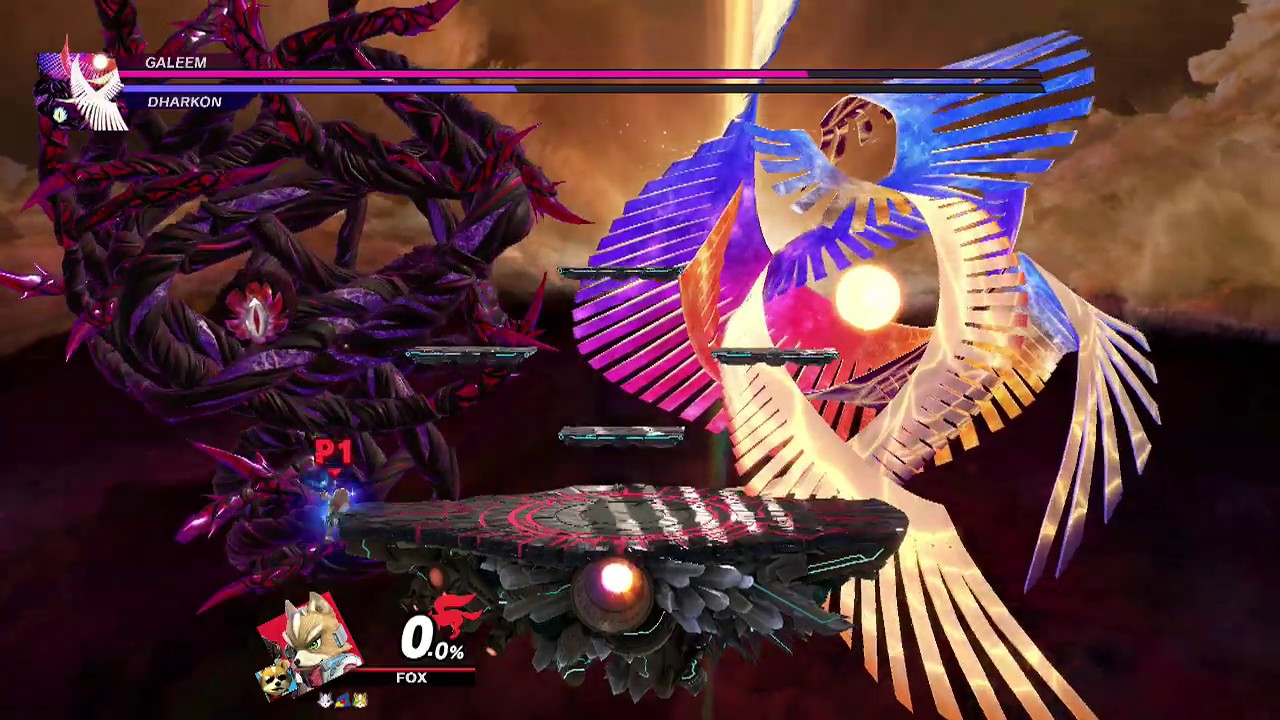 Between Darkness and Light

Just to let you know, I am currently very involved with playing Super Smash Bros. Ultimate. Very involved! This is a title that I waited on for quite a while, and when it finally dropped I felt as if the culmination of my childhood flooded right back into my life. All of my favorite video game characters have reentered the arena with monster truck force, battling against each other for supremacy in a weird hodgepodge reality that combines the enter gaming universe into a single world. It even brings with it a new and exciting adventure, The World of Light, which is surprisingly philosophical for being attached to a simple fighting game. 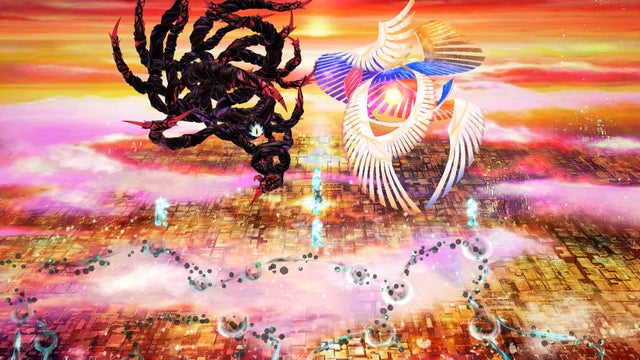 In the World of Light, the entire Smash roster, save for Kirby, has been captured by two diabolical deities, one of light and one of darkness. Galeem, the Bringer of Light, wishes to completely strip the fighters of their free will and turn them into spirit driven statues so that he can create a world of light. Dharkon, the Bringer of Darkness, wishes to do the same but to saturate the world in, you guessed it, darkness. This two-dimensional plot line seems simple enough, but it is not until you get to the end of the adventure that you find that, in order to win, you have to fight both of these tyrants at the same time.

I found this dynamic very interesting because the bad guys are both light and darkness. Light is usually a representation for something good, but in this case, it is seen as something corrupt. Dharkon is obviously evil, being a bundle of gnarled root like fibrous tentacles that ooze dark energy. Galeem, however, looks almost angelic, surrounded by wings washed in soft hues of pink and yellow. Who’s the real enemy here?

The point is not how they look or what they represent, it is the fact that they are both the bad guys. Both of them are enemies because they want to destroy everything. In my own Christian walk, I have often come to the conclusion that there are two types of enemies that oppose those who are sealed in Christ. There are standard evils of this world, like murder and lies, the things that are written against in the Ten Commandments. Those little nasties are easy to see as the agents of evil because they inflict almost immediate harm to the victims. The other is more subtle. It can come in the form of a silver-tongued preacher who has served the church for many years but has secretly been exploiting people behind their backs. These “masquerading angels” are possibly the most dangerous evils that can destroy the Faithful, because they look like they are providing the light, but they are only masking their darkness.

These agents of the darkness clothed in light are all around us, and their evil deeds are just as destructive as their shadowy counterparts. Listen to what the Scriptures say about them.

For such men are false apostles, deceitful workmen, disguising themselves as apostles of Christ. And no wonder, for even Satan disguises himself as an angel of light. So it is no surprise if his servants, also, disguise themselves as servants of righteousness. Their end will correspond to their deeds.

Even Satan himself is seen as an angel of light. Lucifer was considered to be the most beautiful of all of the Lord’s host, and believe me, that beauty did not disappear after he was thrown from heaven. He did not turn beet red and grow horns. No, Lucifer remained the gorgeous angel that he always was, but this time he had ulterior motives; to destroy everything that God had created, starting with mankind. Most of the time when the Enemy destroys lives he doesn’t do so with hate and rage, but rather fun and pleasure. Such things as nights out with friends turn south quickly as nefarious elements are brought into play. The Devil wants everyone to think that that the “good” things of life are safe, but that is not always the case.

There is a battle between darkness and light, and the true light of life, Jesus Christ, will shine more brightly than the fake illumination set by Lucifer himself. The trick is to unmask that charlatan, and that is done through using the Word.

12 For the word of God is alive and active. Sharper than any double-edged sword, it penetrates even to dividing soul and spirit, joints and marrow; it judges the thoughts and attitudes of the heart. 13 Nothing in all creation is hidden from God’s sight. Everything is uncovered and laid bare before the eyes of him to whom we must give account.

If nothing in all of creation is hidden from the Lord’s sight, then surely he sees the darkness that masquerades as the “truth.” Place all your trust in the Lord and do not lean on your understanding, and he will reveal to you the proper path that you should take. 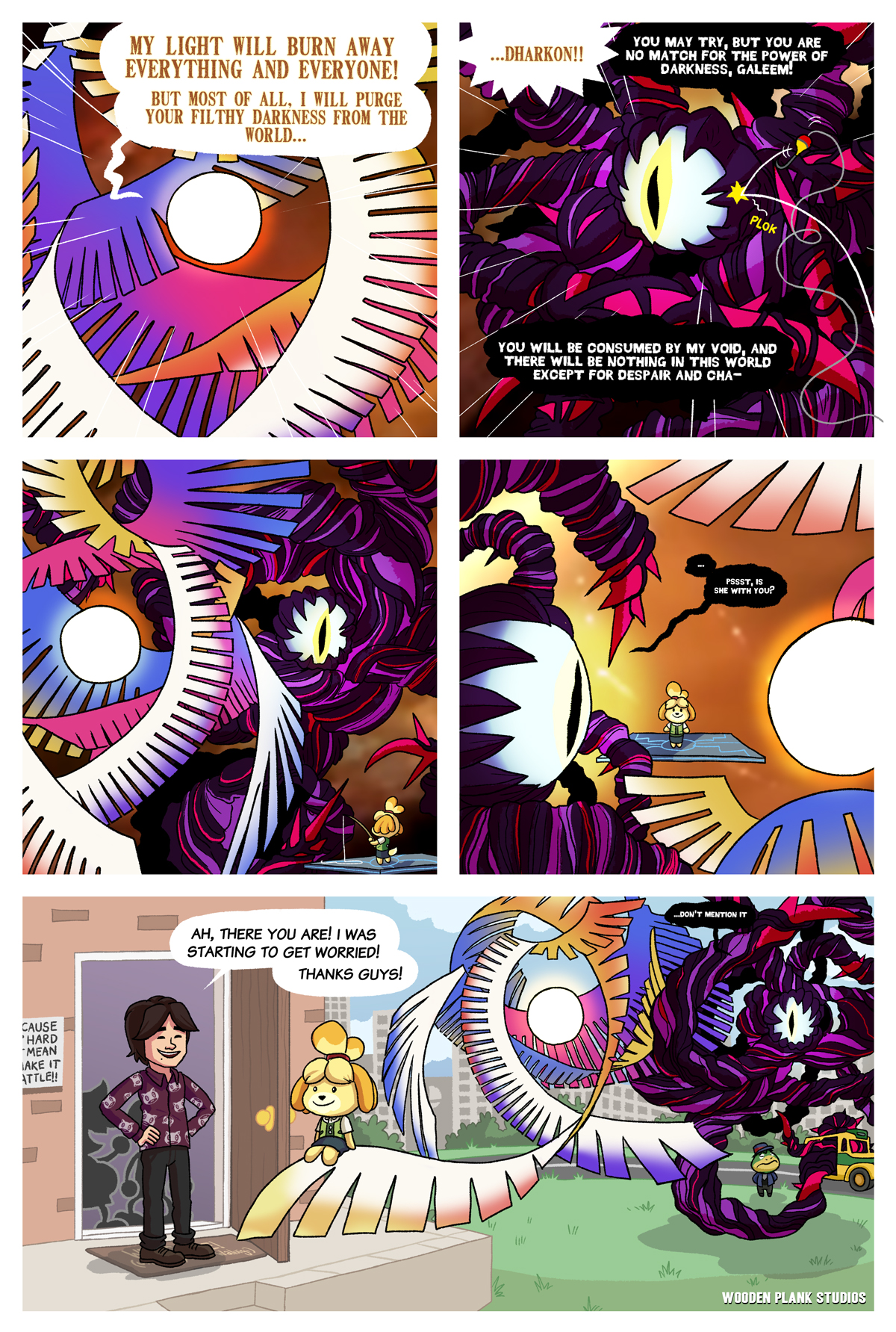